See what Deadlock fans are creating, whether it be fan games, art or scenarios.
Post Reply
22 posts

The open source project does not show any source code files.

Tggtt - Why not start the open source project with the GUI you created? Even if it does nothing but show that screen, it's farther than anyone else has gotten.
Top

Hi, thanks for interest, there are also other news around this board, this is a rather old topic.


MaugTheInfirm wrote: Tggtt - Why not start the open source project with the GUI you created? Even if it does nothing but show that screen, it's farther than anyone else has gotten.

We have started from decoding legacy structures.
We have already discovered how to decode graphic and sound files, units, buildings, territory and technology definitions. These are probably going to be reused in the open version and will be the only option until someone replaces them.
We have a prototype for world generator and network transmission of game data.

We are not starting from the GUI, this one could be used someday, but it's not set as a milestone yet.

Also, we have been busy lately and it has slowed down for the last 2 months.
Best 20x20 Map is elected.
Follow @OpenDeadlock.
Please help Deadlock Wikis.
Join #OpenDeadlock at irc.MindForge.org and Libera.Chat
Top

I'll poke around other topics. Looks like I followed the first URL in this thread, and found nothing under the "Files" tab on sourceforge - because it's all under the "Decode" tab.

Thanks for making the effort to bring images and sounds of Deadlock back to life.

We have recently learned that one of our blog posts got featured as one of sourceforge's tweets.

I have do idea why some people have set to like it, but thank you anyway.

I thought it would be nice to copy this post here.
source
Best 20x20 Map is elected.
Follow @OpenDeadlock.
Please help Deadlock Wikis.
Join #OpenDeadlock at irc.MindForge.org and Libera.Chat
Top

I just found out about this site (Gallius IV) today, but is the project still alive? And if so, how is it going? Is there a playable version?

Deadlock is really one of my favorite games of all time, along with Transport Tycoon and Theme Hospital, so being able to play Open Deadlock alongside OpenTTD and CorsixTH would really be a dream come true!

I wish I could help, but unfortunately I don't know much programming...
Top

Sirre wrote:Great initiative with the Open Deadlock project!
...
Deadlock is really one of my favorite games of all time, along with Transport Tycoon and Theme Hospital, so being able to play Open Deadlock alongside OpenTTD and CorsixTH would really be a dream come true!

Many thanks. Now don't whack your head against that hatch on the way out...
It's been registered as OpenDeadlock (without space) at sourceforge.net and Grunt was kind to register the domain opendeadlock.org (still empty there).


Sirre wrote:I just found out about this site (Gallius IV) today, but is the project still alive? And if so, how is it going? Is there a playable version?

I found this in 2011 and I regret not registering earlier, just registered for asking about starting the OpenDeadlock project.
The project is alive and is the most active of my sf.net projects actually (the others are rather small), but we, the developers, are just busy.

No playable version yet, probably in some months we can present something nice.
I have made some decoding tools available at sf.net project page and we already have knowledge about several data structures by decoding the binary files. Lately we have been using this knowledge to create unofficial patchs for the original deadlock games. You can see them over Technical Discussion board.


Sirre wrote:I wish I could help, but unfortunately I don't know much programming...

Actually you can help a lot. Its "knowledge gathering project" is a website that allows non-programmers to help in several ways.
News here.
ODLKG link. Currently hosts sprite tagging tool and game.
Surveys link. Currently hosts only one survey.
Open Wiki link. Currently empty, only the decoding wiki is active lately. (this is probably going to be moved to opendeadlock.org, but we will be sure to keep all the articles safe)
Decoding Wiki is a technical wiki on the internals of the original deadlock versions.

We "already" have three programmers, whoever can help on answering surveys, tagging sprites at ODLKG, writing text (documentation and in-game, which then could be translated as well), work on graphics, sound, testing, compiling releases and others are very welcome.

The first three are currently needed and can be performed by non-programmers, we would appreciate if we had tags on every sprite and user documentation at the Open Wiki that superseeds the manuals and strategy guide, so we could make the opendeadlock based on that.

Important point to remember: unlike OpenTTD, our goal is not to to start from a reverse engineered version from the original game, but rather create an opensource game that collects features from both DL1 and DL2 and uses their graphics and sounds.
Best 20x20 Map is elected.
Follow @OpenDeadlock.
Please help Deadlock Wikis.
Join #OpenDeadlock at irc.MindForge.org and Libera.Chat
Top

But I would like to point that just after the first anniversary of this topic, OpenDeadlock now has a string management tool at Knowledge Gathering (subproject). This means developers are going to post small texts there which translators can translate it right away and collaboratively!

Then, if you can translate a single sentence you are welcome.

This was probably the last large effort on Knowledge Gathering before getting back to the OpenDeadlock modules.

Since today is a very special day, I need to point that OpenDeadlock is very active.

String and translation tools got improved!
We are working on a text based version before advancing to a DL1-like GUI.

Really, it's not a joke!

Remember that anyone can help.

NOTE: I have noticed that some users have registered nicks with different casing... KG's Usernames are case sensitive, while sf.net are lowercase only. I hope you don't mind that restriction...


I would also like to thank the recent influx of volunteer participation.

I was going to post an update but the project page for OpenDeadlock is still down after two days.

Some of my friends told me not to use SourceForge, but I didn't listen. Not complaining though, it happens to everyone.

I have a few pending tickets and it's not possible to compile language files, which depends on the Knowledge Gathering tool.

I'm sure you guys can wait a bit longer. 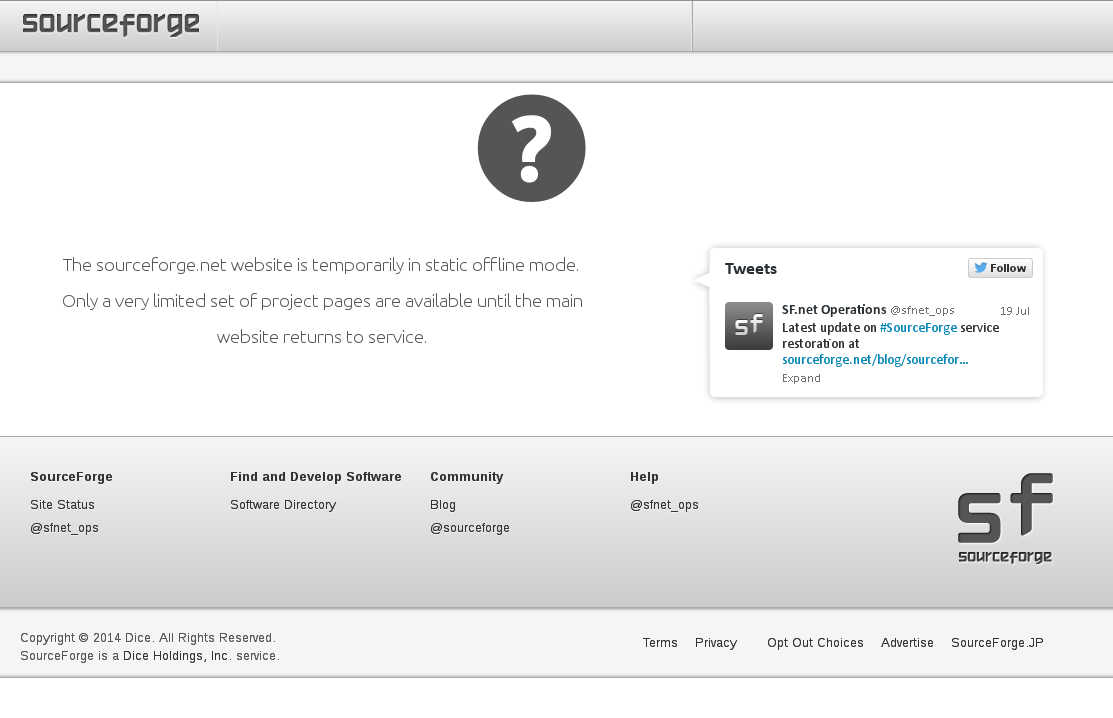 I forgot to update it here, forgive me.

We have had lots of improvements during the past weeks. Unfortunatelly I won't be able to focus on this project for some days.

OpenDeadlock is past its second anniversary and we are working hard on the upcoming pre-alpha state.

I am currently verifying if it's easy to compile it on different platforms to avoid the need of providing builds.

Seems to work on
Translation support compiles on every platform but it doesn't work correctly on Windows.
That means it will only work using the simple English text.
News on MacOSX builds and a few other Linuxes will be reported soon.
I am not worried on fixing it by the pre-alpha milestone. I hope you understand.

Failed on:
My mobile phone running Arch Linux (rolling distribution installed 4 months ago) for arm7 probably because it lacks enough memory to compile. Maybe if I use an SD card for swap...